Renowned and successful musician, producer and composer Victor Smolski has signed with Massacre Records, and plans to release his new solo album next year. "We are happy to announce the signing of Victor Smolski, who plans to release his 3rd solo album next year!"
Victor is also part of the Power Metal band ALMANAC and worked with the Power / Speed Metal band RAGE or the Symphonic metallers LINGUA MORTIS ORCHESTRA, among others. Besides his passion for music, Victor is also a successful race driver.
As of now, Victor released two solo albums as well as two compilations under the belt of VICTOR SMOLSKI. Stay tuned for more updates.
https://massacre-records.com/

A real bombastic show as tribute to Jon Lord with great band's line-up, sinfonic orchestra and many guest singer!
https://medio-rhein-erft.de/

What a great weekend: super weather, many spectators, action without end and 1. place with quickest lap in final run of Supercars! Thanks to all, who contributed something, so my car could start in perfect condition.

Almanac at BIG GUN in Moscow

In July 2022, ALMANAC will be part of the Russian Metal Open Air BIG GUN in Moscow.
https://big-gun.ru/

ALMANAC - release previously unreleased version of "Kingdom Of The Blind"

Victor Smolski's ALMANAC present a previously unreleased version of 'Kingdom Of The Blind', which originally was part of 2017's "Kingslayer" album featuring vocalist Frank Beck (GAMMA RAY) as well as new arrangements.
Victor Smolski comments:
"On our European Tour 2020, Frank Beck became the main singer of ALMANAC. 'Kingdom Of The Blind' was his favourite song from ALMANAC. So, we decided to do a new version of this song with great support from Belarus Symphony Orchestra, which brings the song to a new level."

A lyric video for the track can be viewed here: https://youtu.be/FtmG417tBUE

The track is available as digital single on all platforms now. Furthermore, a demo version of the song is part of PowerMetal.de's "Metal Alliance vol. 4" compilation that's available on CD at: https://shop-powermetal.de/

Hello everybody!
From December I´ll offer online lessons for guitar, song writing, arrangement and all other music topics you´re interested in. You can book personal lessons or order gift vouchers. For your personal offer, please, contact me: victorsmolski@music-and-web.de

Hi everybody!
During the Corona lockdown I've received a lot of requests for studiorecording - solo, complete arragement or orchestra. So if you are interested, just contact me at following eMail address: victorsmolski@music-and-web.de 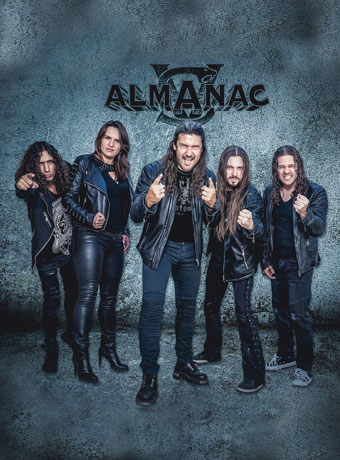 2015 - Victor presented his new band ALMANAC - working together with several singers, band and orchestra means so much fun for Victor 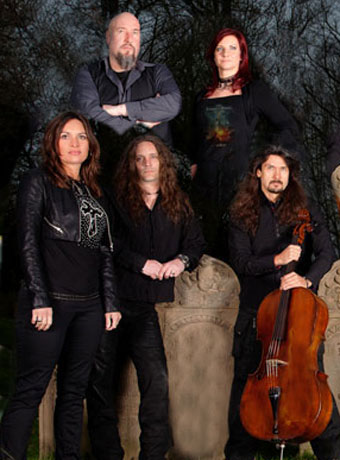 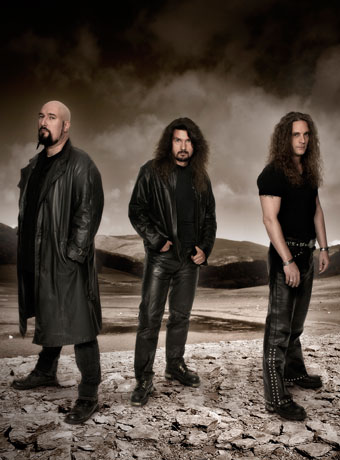 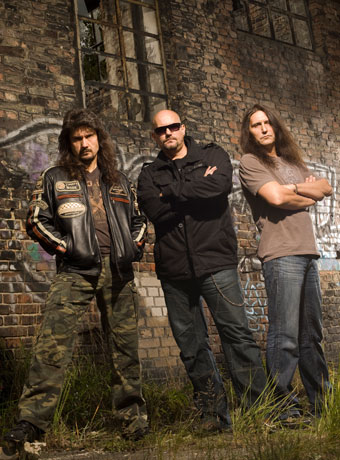 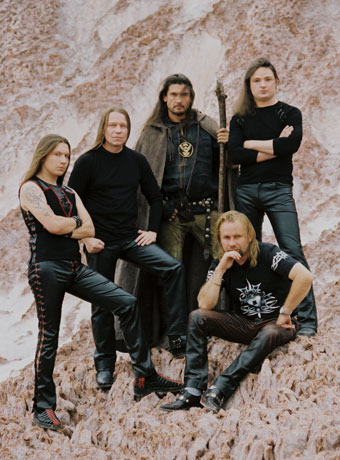 Victor recorded the CD "PekuBpemeH" as a guest musician of Kipelov - they played lots of concerts in Russia, Ukraine, Belarus and Israel 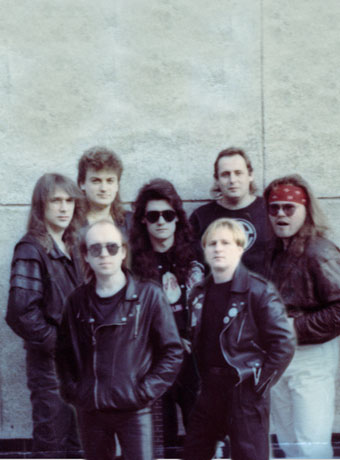 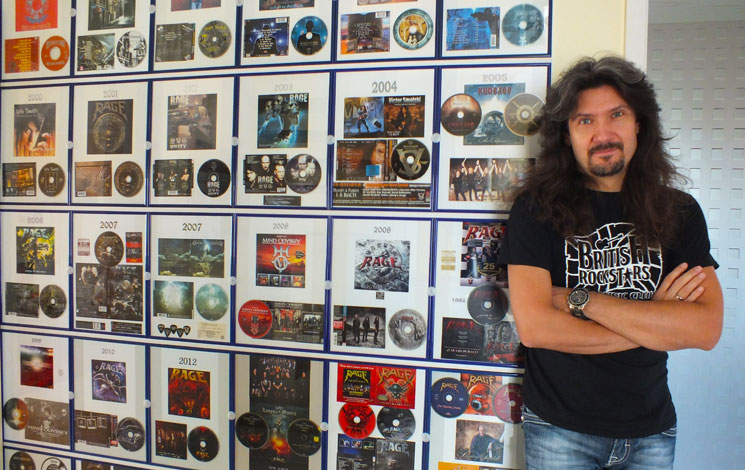 Musician, producer, composer, teacher, author of one of the most successful German guitar learning DVD "School of Metal".

Many guitar magazines like the Russian magazine "Classic Rock", the German "Guitar magazine", the Japanese magazine "Burrn!" voted him many times in the Top 20 guitarist of the reader´s pop poll.

He is jury member for many international music competitions and worldwide representative and co-developer for prestigious companies in the music industry, such as YAMAHA, ENGL, SHURE, CORDIAL, Thomastik-Infeld, KSE Music etc.

Tour with Lordi has to be shifted

view into photo and video media 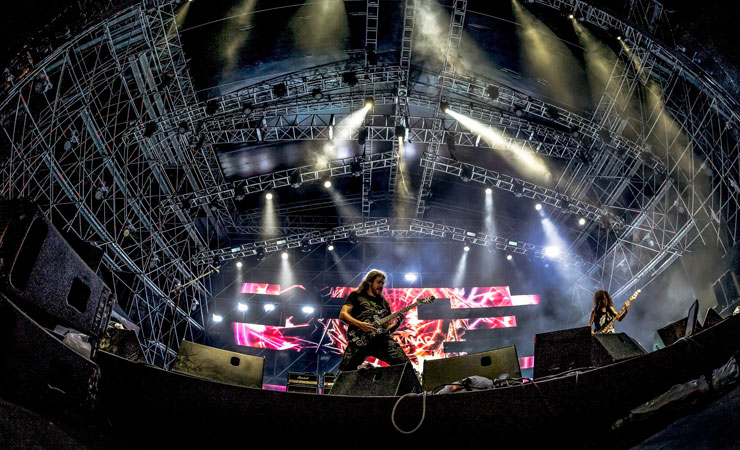 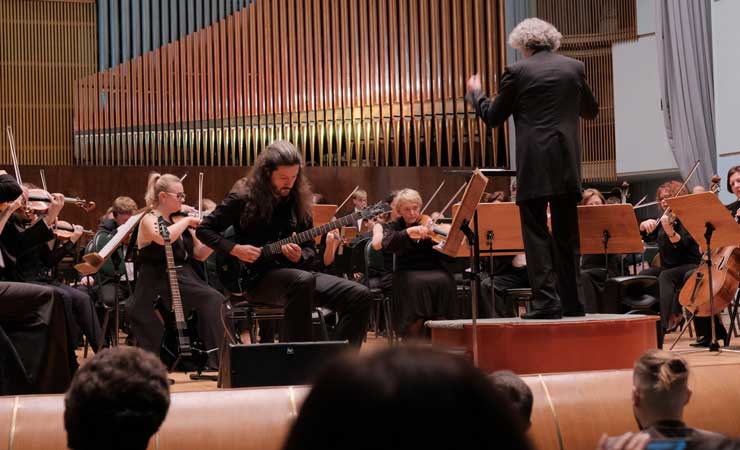 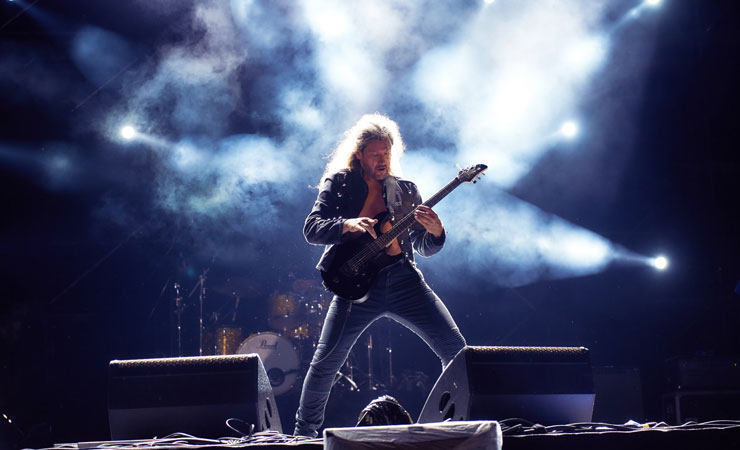 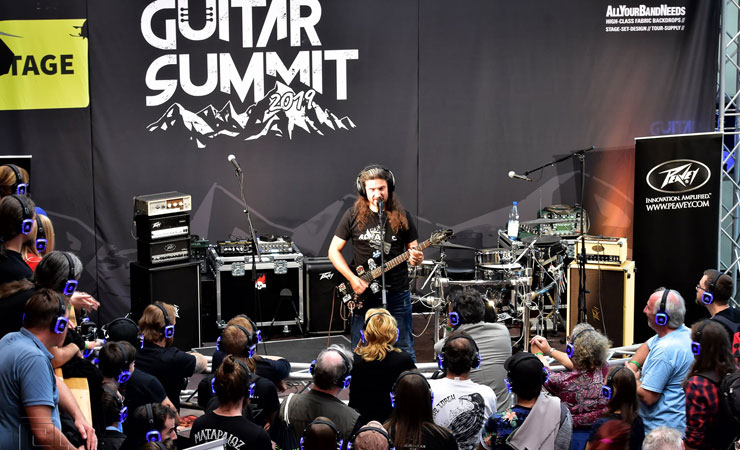 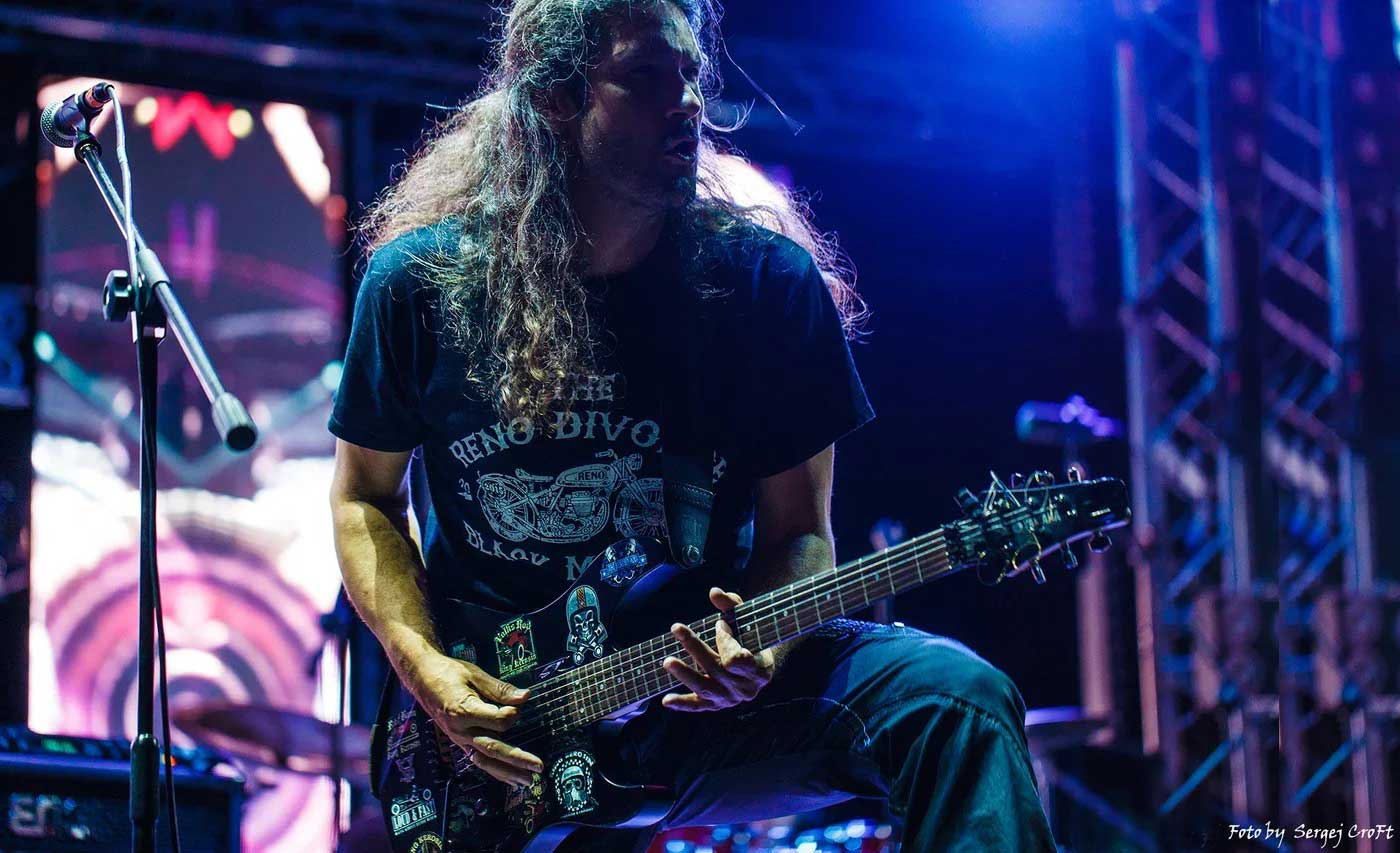 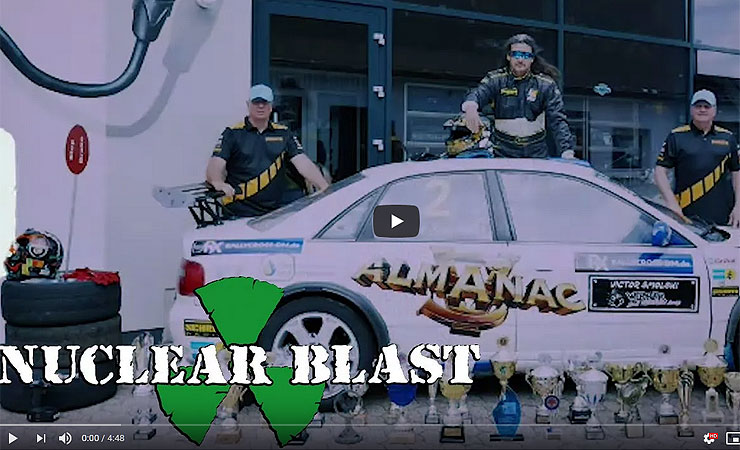 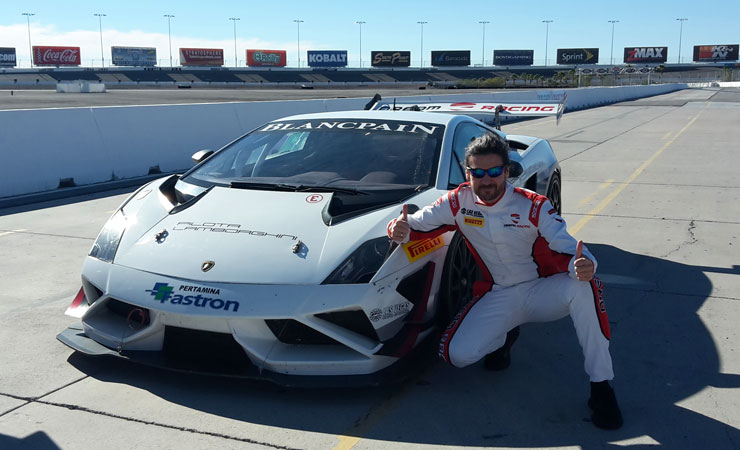 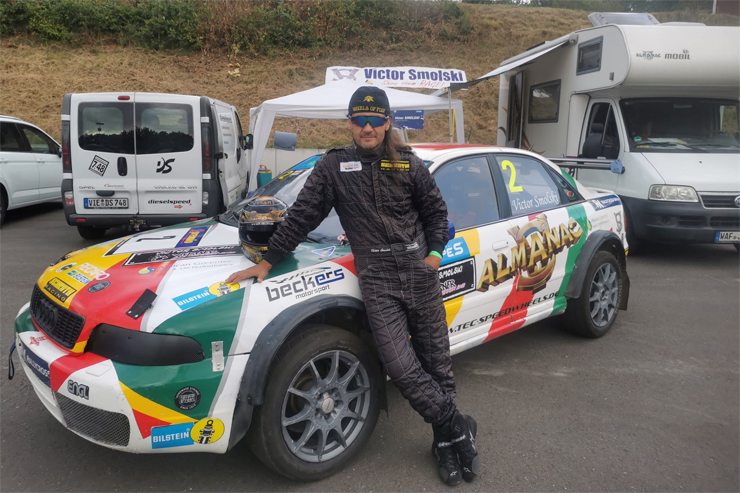 2021
Hi everybody, next weekend, we are battling for victory in Buxtehude again. Thanks to all fans at the race course and to my sponsors. I really feeled honord, that I was admitted into the world of Recaro together with legends as Walter Röhrl, Armin Schwarz, Timo Bernhard ...

Finally on the race track again! It's realy good to step on the gas, blowing free the head, and flying through the rallye tests. Reaching the 3. place in total, the first race appearance this year was real successful. Thanks to Armin Schwarz for organization of Rallye Sprint Cups, to Günter Beckers for the perfect prepared car, as well as Thomas Gorlt for the great photos. As it is real difficult, planing dates during this damned Lockdown, I not only start at the German Rallycross Mastership, but also at Rallyes and mountain-races. I hope, that anytime spectators can be at the race track again! We see us!

push the pedal to the metal

Get socialized with me